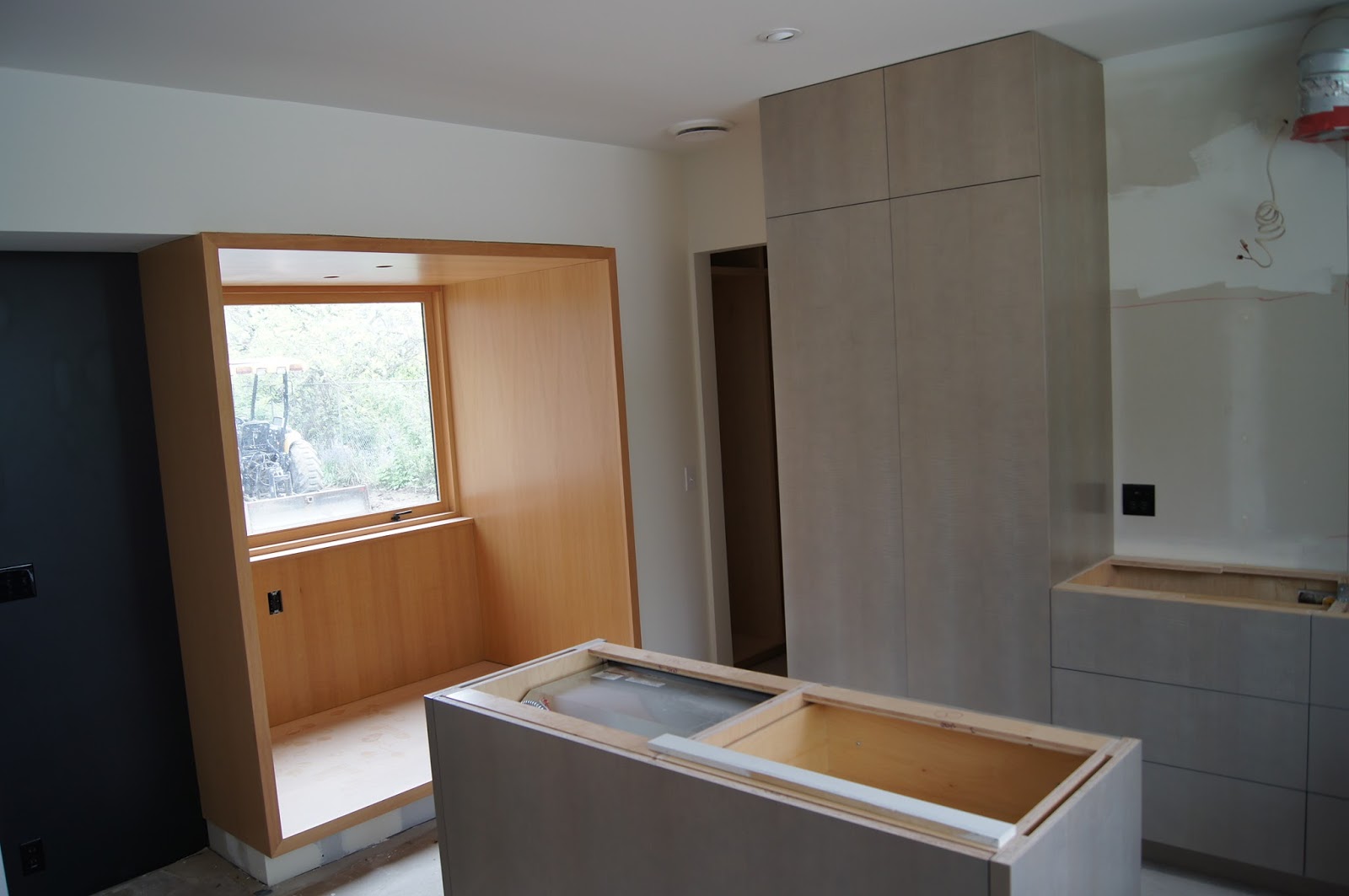 This week, the kitchen cabinets were installed.

After much experimentation, worry, anticipation, and a few setbacks, these cabinets have lived up to our hopes.  We are very, very pleased with the beautiful workmanship and finish.

Lots of pictures below.


The gray finish changes with the light of the day, varying from warm to cool, from a flat appearance to having a varied depth.  The figured veneer adds a shimmer and subtle liveliness.

Earthbound Industries made these excellent cabinets, and brokered the veneer (which was no small task).
The gray finish is by Stan Hanson Custom Finishing.
The veneer is a medium-figured maple.

The search for a beautiful gray finish started almost 2 years ago, and took some doing.  It can be incredibly time consuming when one chooses to diverge from the readily-available.  A warning to those who casually embark on their own pursuit of something different.
We measure for countertops this coming Wednesday. They unfortunately will take weeks to arrive, which hold up the tile backsplash, the range hood, the cooktop install, and other items.

Posted by Hunter Williams at 11:00 PM