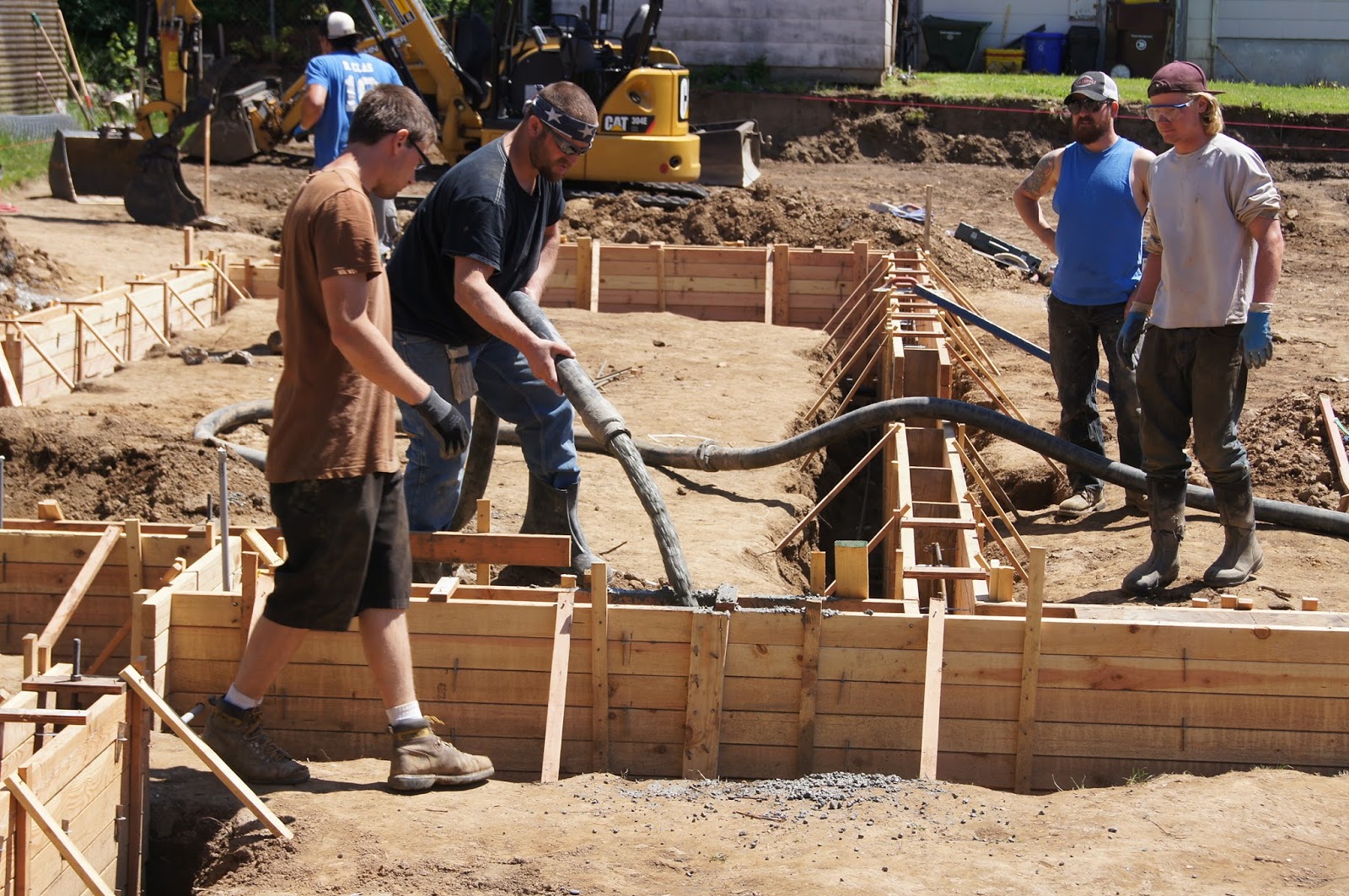 Today the concrete arrived.  All the effort of the past few weeks building these beautiful forms will be put to the test.


A pump was hired to get the concrete to the places it needed to go.  Here you can see the considerably strong individual who wrestles that heavy heavy hose.

If you've ever worked concrete, you know that it is 'go-time' from the first placement until you can't work it any more.

JRA Greenbuilding's crew put in an extraordinary effort making sure things were ready, and then hitting it hard until quitting time.

An hour with a sledge hammer tapping the forms, and I was ready to drop it in the footing concrete.  Hard work. 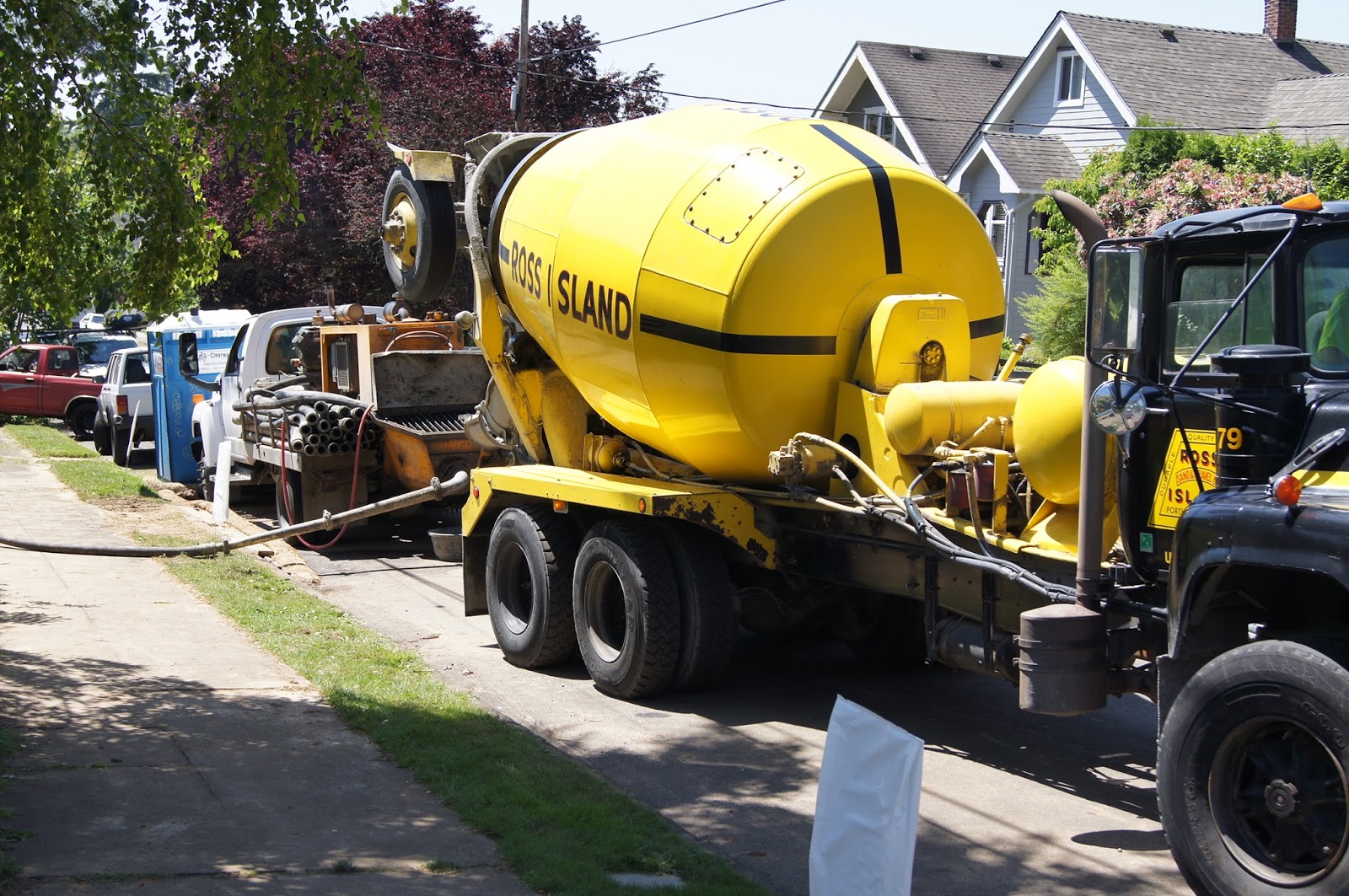 We had a bit of a problem.
The second concrete truck showed up late, and the concrete in the truck was already going off.

This means the concrete is already starting to set, and lose its liquidity.

The idea with this pour was to use a stiff mix for the spread footings (truck 1) and then use a wetter mix for the stem walls.

This way the stiffer footing mix hold the weight of the stem wall concrete, and the wetter mix flows well up against the board forms and holds the impression of the boards well.

Board-form concrete is all about leaving the wood grain and irregularities of the wood imprintedd in the concrete for visual effect.

We had to use a stiff mix for the walls, which means 2 things:

1. We had to work our butts off vibrating the formwork to try and get the concrete to settle well (hence the hammering).

2. We have to hold our breath that the walls will have settled enough!  The likelihood of voids and 'rock-pockets' is higher than normal.

Yikes - concrete work is hair-raising.
So much to possibly go wrong.
So little you can do about it afterwards (without major effort & expense).

Monday will be the moment of truth, when the forms will be stripped to reveal the result. 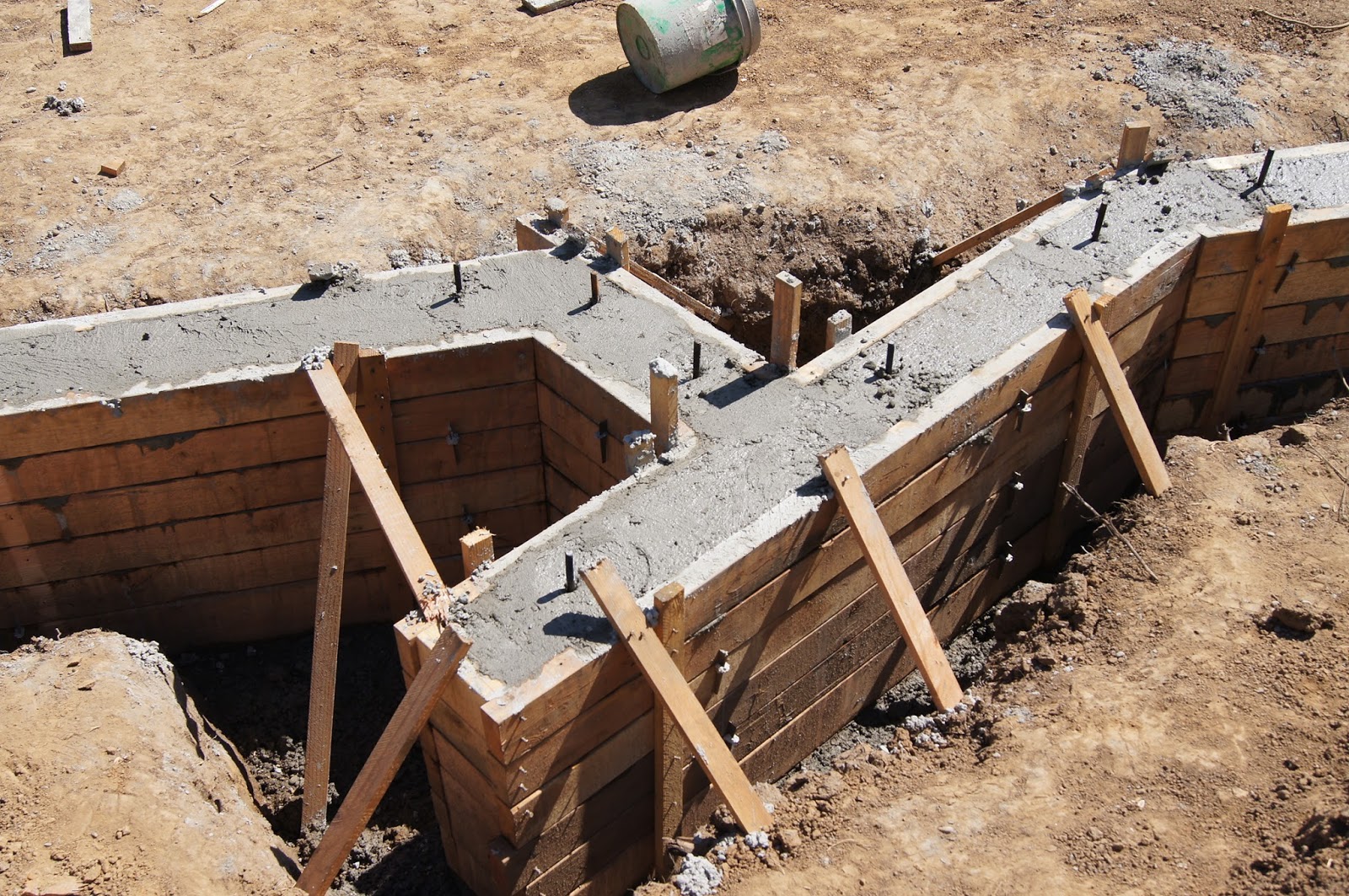 Posted by Hunter Williams at 5:51 PM