The Sad Tale of the Garage Siding 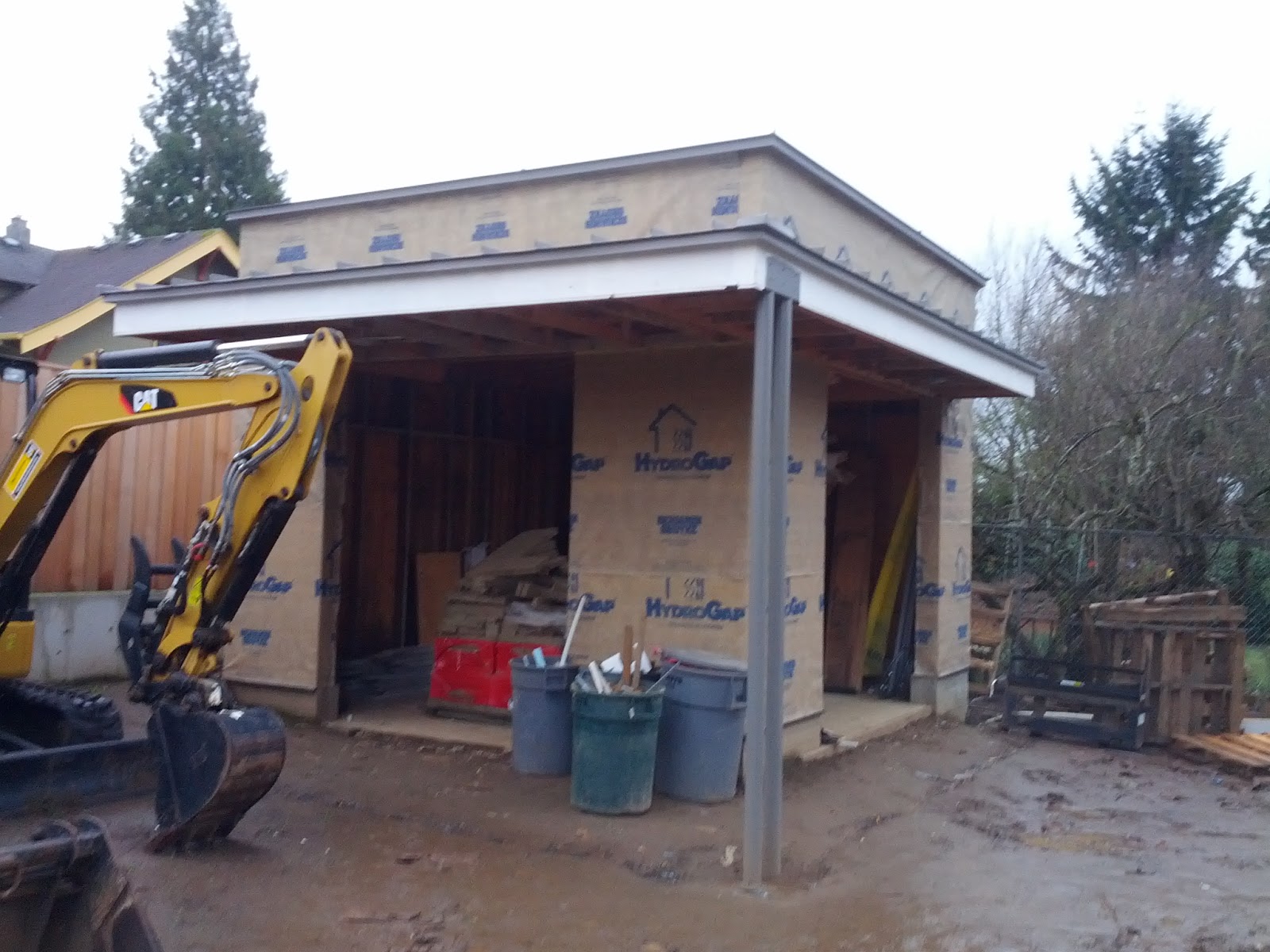 The garage was intended to receive the same furring strips under the siding as the house, to create a vented-cavity rainscreen.  (Exterior insulation not included.)

Turns out the subcontractor kinda forgot to include the garage furring in his bid. (It was mentioned in the work summary, but not in the line-items used to figure the costs.)

While a shady contractor might say something like this to try and line their pockets, I decided that our guy was telling the truth.

Not having any additional money to throw at this issue (for furring and labor), and not being one to punish honest mistakes, our compromise is to use this "drainwrap" weather resistant barrier to achieve at least a minimal amount of ventilation. 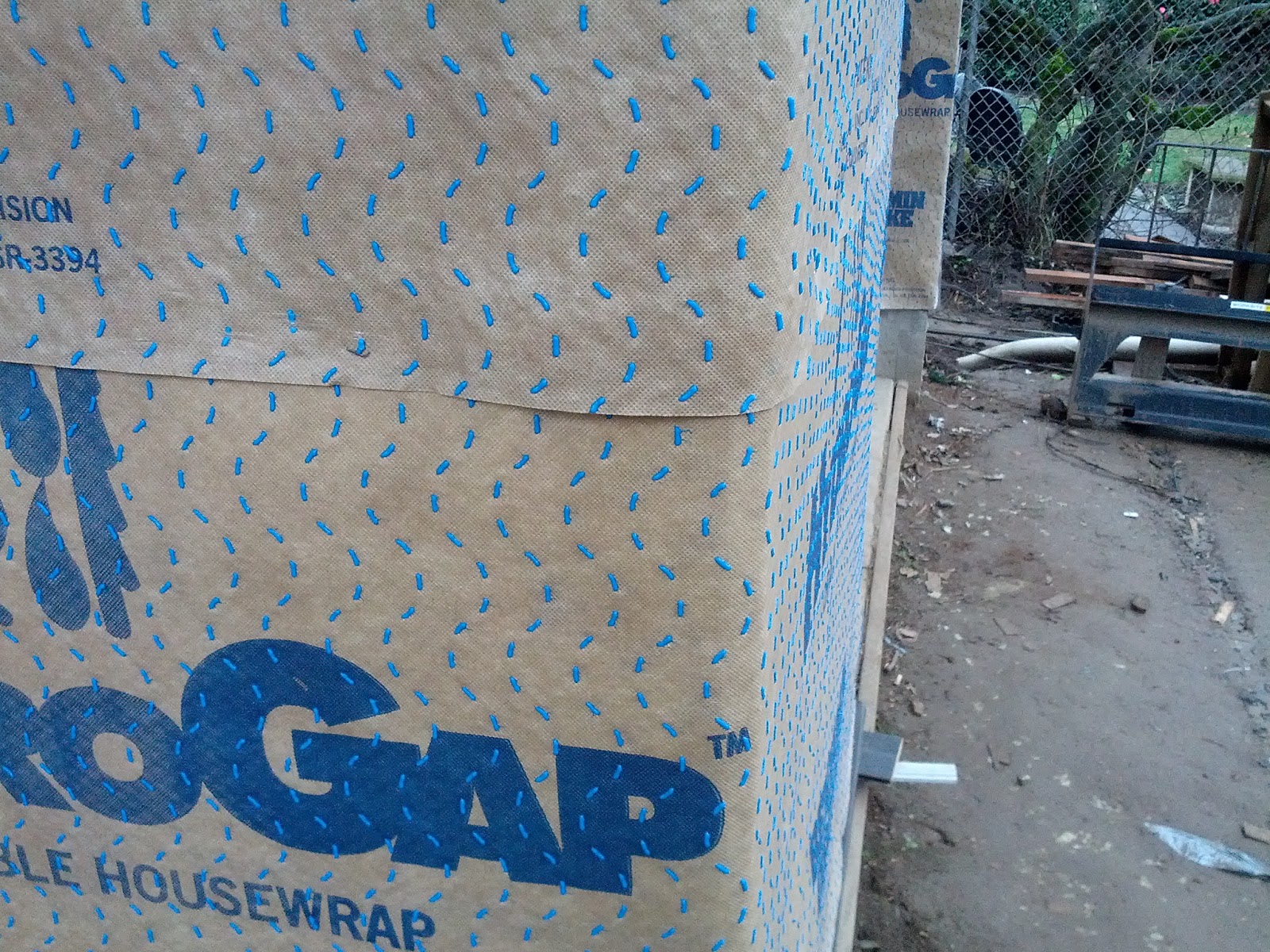 This brand uses a matrix of raised plastic nubbins to hold the back of the siding not quite 1/16" of an inch off the WRB.  This is one of the better alternatives of drainwrap out there; some just have a wrinkly surface texture as their "drainage plane".

Better than nothing, I am still skeptical of the extent of effectiveness.  Extensive testing led to the National Building Code of Canada adopting a rainscreen requirement with a 10mm (over 1/4") space.  That said, a series of tests by John Straube, PhD does show that a gap as small as 1mm (about what this is) still makes a difference.

We'll now have a laboratory on site to see how it performs over the years.
Posted by Hunter Williams at 4:42 PM